What is Shadow Work? 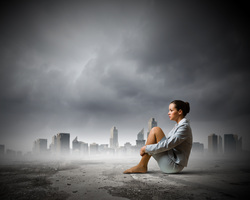 ​“One does not become enlightened by imagining figures of light, but by making the darkness conscious.” – Carl Jung

“The most important secrets seem to always hide in the shadows”

​Do not be so misled by endarkened feeling that you asylum it. If you keep shuttering its rooms, keep sealing it off, keep rejecting or otherwise disowning it, such feeling will become even more desperate and badly behaved, seeking your attention in whatever way it can, however destructive or painful. But reach into that subterranean cell, that limping darkness, that emotional ghetto, and reach in wholeheartedly, and what is in there will eventually start reaching out to you unfisted and vulnerably atremble, fitting into your embrace, revealing itself to be not a problematic it, but rather only reclaimed you.
- Robert Augustus Masters
​
Shadow and Light Source Both

How does a part of the world leave the world?
How does wetness leave water? Dont' try to
put out fire by throwing on more fire! Don't
wash a wound with blood. No matter how fast
you run, your shadow keeps up. Sometimes it's
in front! Only full overhead sun diminishes
your shadow. But that shadow has been serving
you. What hurts you, blesses you. Darkness is
your candle. Your boundaries are your quest.
I could explain this, but it will break the
glass cover on your heart, and there's no
fixing that. You must have shadow and light
source both. Listen, and lay your head under
the tree of awe. When from that tree feathers
and wings sprout on you, be quieter than
a dove. Don't even open your mouth for even a coo.

From Soul of Rumi
by Coleman Barks

"Great innovations never come from above; they come invariable from below, just as trees never grow from the sky downward, but upward from the earth." - Jung

"The existence within us of something that can turn against us, that can become a serious matter for us, I regard not merely as a dangerous peculiarity, but as a valuable and congenial asset as well" - Jung (The Role of the Unconscious)

"Since the dark side falls into the unconscious, it acquires an autonomous power and can readily destroy us. Jung felt that if we pay more respect to evil and integrate it into a revised picture of our identity, we might be able to reduce its hold over us. He wrote in his memoirs ' We have no imagination for evil, but evil has us in its grip'. Jung argued that we underestimate the dark side and ignore it in ourselves, preferring to project it upon our neighbour. " - David Tacey, The Darkening Spirit, p.91

"Jung's concern is not to make us 'go over' to the dark side, as is sometimes ludicrously suggested by hostile critics. He asks us to become aware of evil and see how it influences our actions and thoughts in subtle and profound ways. He is inviting us to 'give the devil his due', to find out what the dark side is about and why it is strongly alluring in our time. The cure is homeopathic: take in and imbibe some of the poison so it does not totally destroy us. Evil will overwhelm us if we remain passive toward it and take no action. So much evil has accumulated in the Western psyche because we have been identified with the good and the light for too long. This is why there is now a genuine urgency about evil, and the problem of evil can no more be relegated to dusty academic tomes or philosophy seminar rooms. It is a problem that each of us has to encounter.

Jung commented that the twentieth century was the most violent, evil and appalling century in the history of civilization and he, as a psychologist, what could be done to delimit evil and reduce its devastating impact. He gave a psychological answer: evil could be reduced only if we got closer to it and became more familiar with it. We could only get out of the grip of evil if we were able to befriend it. James Hillman eloquently summarised Jung's position in this memorable credo: 'Integration of the shadow is an emigration. Not him to us; we to him. His incursion is barbarism, our descent is culture'
- David Tacey, The Darkening Spirit, p.92

"Certainly the most important act for the future is to become aware of our darkness, lower our moral sights, resist the desire to be perfect, recognise our complexity, become critical of conventional morality, and search for a new balance that includes the dark as well as the light. Such psychological development, Jung believed, starts with individuals who have the courage to accept their personal darkness, and it moves out from there to the social sphere...For Jung, contemplating evil is a practical necessity. The dark side has the power to destroy or transform us. If we do not accept the challenge of consciousness, destruction is inevitable. If we move to the dark with respect and awareness, it will transform us. How we choose to respond will determine which fate awaits us." - David Tacey, The Darkening Spirit, p.106